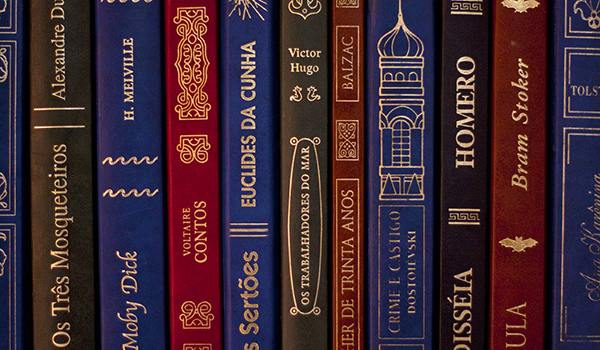 Young faculty who came of age at the same time that social media emerged are beginning to experiment with new containers for old curricular vintages such as English composition. Michael Stewart, lecturer in English at Brown University, is rethinking traditional forms more radically than simply recasting traditional literature in digital media formats: “What happens when we take the form of a dictionary and use it for other, hopefully nefarious purposes? How can an essay be a waltz? How can we rethink the movement of one sentence to the next? If I write an essay in a series of sonnets, what changes? When is a poem not a poem? How much can we take away until it’s prose? And, in reverse, what can we add to or remove from a paragraph to make it a poem?” None of these questions require podcasts, tumblrs, or animated gifs — but they all pose intriguing possibilities for taking literature into new territories when they are addressed by way of digital media and online networks.

For one answer to Stewart’s questions, you could look at one of Stewart’s recent works, Answers, which provides online “unhelpful but poetic answers” to random, user-submitted questions. Or Obituaries, which scrambles and remixes turn-of-the-century New England obituaries of people named Leonard. Or, how about his syllabus for “Digital Nonfiction?”

Inspecting the syllabus reveals an eclectic and ambitious reading list, including Vannevar Bush’s seminal technological call to action, “As We May Think,” as well as the more traditional narrative texts of Barthes and Benjamin. Borges and Calvino can be found in the syllabus, as well as John Cage, Edgar Allen Poe, Eisenstein, The 9/11 Commission report, and “Tweets from Tahrir.” Image searches and TED talks. Students are expected to reflect in public on their work and to read and comment on each other’s blogs — or other output formats. It seemed like co-learning to me — which is what I and others call the kind of cooperative learning where active collaborative meaning-making and individual public reflection augment traditional text-and-lecture curriculum.

“Co-learning is key to the class,” Stewart told me, it’s the reason the class works. The students are going in so many directions that they need to be able to frame their own work in order to communicate it to somebody else. If they only have my feedback, their project is going to be one-dimensional. When 15 other people are looking at their work, they have to figure out how to document their own process and how to tell the story about their story.” Whether it’s a PDF or a performance, each student learns something from other students on how well their presentation conveys the intention of their work, and how best to get that across.

The digital nonfiction course Tumblr includes Arduino and hacked iPods, installations, audio recordings, architectural explorations, mindmaps, computer code. Miranda Olson recorded narratives of college-age athletes and people with Parkinson’s disease, compiled them to create a dialogue between the narratives, then linked them with household objects in a room. So, for example, sitting on the sofa would trigger the recording of a narrative of a Parkinson’s patient about moving around. Another student presented a step-by-step process for hacking an iPod through docking ports. Amelia Zhang wore a webcam that captured a picture every ten seconds. She reflected on the nature of the selfie society, played with the images and posted them to Tumblr. In the olden days, digital narratives were often narrated slideshows with maybe some Ken Burns effects. Stewart and his students are taking digital nonfiction into new territories.

In this 7-and-a-half minute video, Stewart and I talk about the way he and his class are expanding, exploring, and redefining nonfiction narrative in digital media contexts — and the way the course structure has facilitated the growth of student-driven co-learning communities.