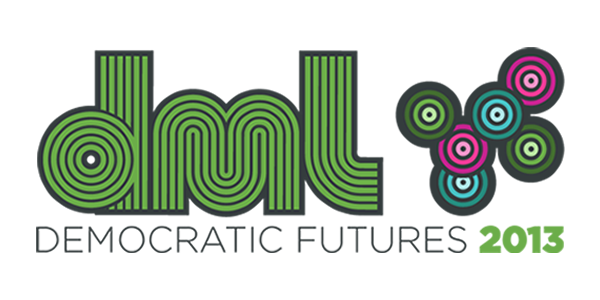 Ethan Zuckerman (@EthanZ) will deliver the keynote at this year’s Digital Media & Learning Conference, “Democratic Futures,” March 14-16 in Chicago, and we asked Howard Rheingold (@hrheingold) to vlog with Zuckerman, director of the Center for Civic Media at MIT and co-founder of Global Voices. As Rheingold, author of Smart Mobs and Net Smart, writes below: “Don’t miss the video. Zuckerman does most of the talking, and he knows what he’s talking about.”

“What’s the most important possible effect of many-to-many communication?” I asked myself when I first started writing about life online. The term “social media” wouldn’t exist for decades, so in 1987 I called them “virtual communities.” When I started writing a book about emerging computer-mediated cultures, I remember sitting with a notebook in my garden, wondering to myself what the BBS discourse of the pre-Internet era might grow into. It didn’t take long for me to decide to focus on the potential impact of online media on political freedom – individual liberty, the power to elect one’s own leaders and use public opinion and the political machinery to influence policy. I knew nothing at the time about the political philosophers who had been asking the same question long before the computer was invented. Pursuing that line of inquiry very quickly brought me to the idea of “the public sphere.”

The ultimate authority on the public sphere, Jürgen Habermas, had little to say about the role of the Internet – but I still think his ideas about a necessary foundation for democracy as a combination of freedoms, places to socialize, and the debates underlying political self-governance offered a powerful lens for examining the possible political influence of digital publics. In the political sense, and to vastly oversimplify from a short quote, public sphere is “a domain of our social life in which such a thing as public opinion can be formed.” Nothing that has happened since 1987 has changed my suspicion that social media are having a profound influence on democracies – which is not to say that I can proudly point to vile YouTube or blog comment flame-wars as examples of the “rational-logical” discourse Habermas claimed democracy requires.

When I started teaching journalism students, I felt that one thing they could learn in a classroom that they wouldn’t necessarily learn by practicing journalism was an appreciation of discourses about and practical examples of the public sphere – and the central role of journalism. While pursuing that curriculum, I came across the The Dewey-Lippman Debate (I think I’m making the case that I often learn by stumbling over things then inquiring into them). Lippmann’s skepticism about how much “the public” really knows about governing a complex society, and Dewey’s optimism about improving the public’s citizenship skills, are good sides for classroom debates.

Which brings us to the 21st century, an era of social media journalism and phone-streamed revolutions, where the question of how to equip today’s citizens to deal with digital rhetorics and publics has become urgent and global. I recently talked with Ethan Zuckerman, director of the Center for Civic Media at MIT, about all these issues, and more. Don’t miss the video. Zuckerman does most of the talking, and he knows what he’s talking about. 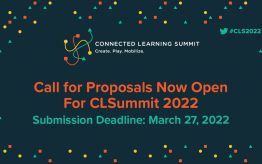 January 3, 2022 Announcing the Call for Proposals for Connected Learning Summit 2022 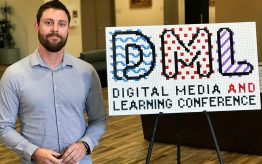 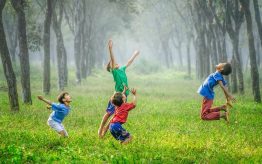