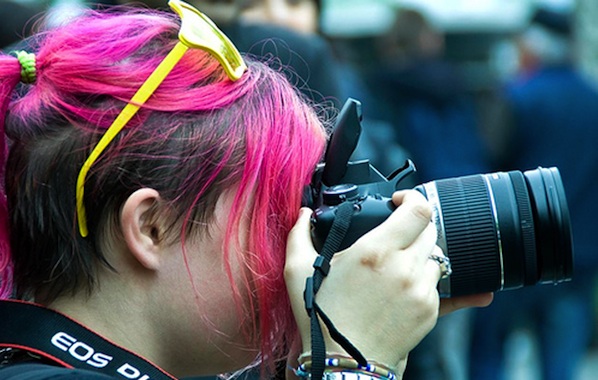 There’s a lot of conversation about young people’s use of digital media and how it impacts their engagement — or lack of engagement — in civic affairs and politics, but not a great deal of empirical work has been done. Until now. Joseph Kahne is the chair of a newly-formed research network, Youth and Participatory Politics (YaPP), that is looking at the ways youth are using digital media and the Internet to engage in meaningful ways in civic affairs and social issues. I had an opportunity to talk with Kahne about his latest research findings and the areas YaPP will be exploring in the near future. In the video, Kahne describes, among many things, a unique study involving hundreds of youth in California. That research, Kahne says in the interview, punctures some core myths about online activism, and strongly indicates that the virtual world nourishes youth engagement in real-world issues. Here’s just a brief excerpt from our conversation and the full video interview is below:

The Youth and Participatory Politics network has just been launched. We are a group of eight scholars and whole research teams tied to each of us thinking about the ways in which young people’s participation in digital media is related to the ways in which they participate civically, politically, and in the public sphere. The question becomes, how can youth’s embrace of digital media and enthusiasm for the Internet be leveraged for social enterprise and civic engagement?

What we found is that young people were more likely to volunteer offline when they were part of online networks.

Online, young people are gaining skills — even when they’re working in a non-political space — that are quite relevant to working in a civic or political space: how to work in a group, how to negotiate things, how to get organized, how to organize other people. They’re also being put into broader social networks. And many of those networks are broader than they might find in their other socializing activities.

We also found that their online participation increased their exposure to diverse viewpoints. Many folks are concerned that, whether it’s youth or adults, when we go online we tend to seek out those who agree with us already. Certainly that’s a phenomenon that occurs online and offline. But we found that in online networks youth get opportunities to learn and hear perspectives they wouldn’t otherwise hear.

Does social media and the Internet fuel youth political engagement? from Connected Learning Alliance on Vimeo.