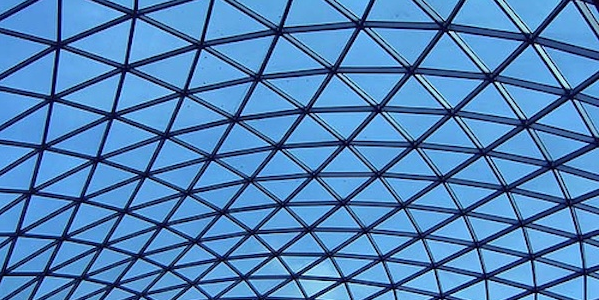 When I started using social media in the classroom, I looked for and began to learn from more experienced educators. First, I read and then tried to comment usefully on their blog posts and tweets. When I began to understand who knew what in the world of social media in education, I narrowed my focus to the most knowledgeable and adventurous among them. I paid attention to the people the savviest social media educators paid attention to. I added and subtracted voices from my attention network, listened and followed, then commented and opened conversations. When I found something I thought would interest the friends and strangers I was learning from, I passed along my own learning through my blogs and Twitterstream. I asked questions, asked for help, and eventually started providing answers and assistance to those who seemed to know less than I. The teachers I had been learning from had a name for what I was doing — “growing a personal learning network.” So I started looking for and learning from people who talked about HOW to grow a “PLN” as the enthusiasts called them. Learning innovator Will Richardson led me to Shelly Terrell, who genuinely lives out her “collaborate for change” maxim.

The Case for a Personal Learning Network (PLN)

I got to know Shelly as a global network weaver when she invited me to participate in an online webinar with 150 educators and librarians from the worldwide #edchat community that had coalesced via Twitter and Ning and reconvened regularly via Elluminate.

Something as simple as settling on a time for regular Twitter chats and a hashtag to tie the tweets into a discussion thread grew into an open, voluntary, shifting, growing community that uses the same media they are teaching their students. These folks don’t just talk about using social media to share knowledge — they are among the first to evaluate and maybe adopt new media that show educational potential. When Shelly asked me what I wanted to talk to #edchatters about, I realized I that I would prefer to talk with them. I could make use of (and contribute to) the power of her PLN on behalf of my own pursuits.

I had been studying ways to teach critical thinking online and had written a blog post about Crap Detection 101, so I offered that post as a pre-reading and engaged the other members of the network in an audio-video-text-chat about teaching critical thinking. As is always the case with a well-fed, well-tuned PLN, the group came up with a rich set of links to show students that some websites are not what they seem to be. The more I absorbed the PLN lore radiated by Shelly Terrell, the more I realized the emerging DML Central community would appreciate what she has to say.

I didn’t realize until I tried to set up a videoskype session that Shelly was in Turkey. No problem. Shelly, as you will see, is global. We talked about why she’s so passionate about PLNs — which she calls “passionate learning networks” and defines simply as “the people you choose to connect with and learn from.” You get to choose how you get that info — webinars, podcasts, video, Tweets, face to face. Learning happens together. “Ask a question of the person next to you,” she tells her students. “They find out that sometimes their question isn’t answered,” she explains, which gives her the opportunity to say, “Imagine asking the entire class.” Usually someone knows the answer, she says.

Winning Over Skeptics in Schools

Terrell and I talked about how she showed her skeptical principal in Germany how her 4 year old students learned English together with a class in Turkey, sharing stories and drawings via videoskype. Shelly has a list of resources for educators who want to use Skype and videoskype to go global with their classrooms. She maintains a wiki of social media resources for educators, and has published a screencast about how to build your PLN using Twitter.

How can students and teachers go about building their PLNs?

Terrell explains: “I get them to start with blogs, show them how to participate by commenting. They see how the conversation evolves. After they get comfortable, I encourage them to begin looking at other tools. Like our students, teachers evolve at different paces…You have to participate to build community. Just as others bring their knowledge and experience to the table, you bring yours.

“Sometimes people don’t think that their ideas are worthy to contribute publicly, but they are — to a new teacher or a teacher in another part of the world who has not heard about what they have accomplished in their classroom. As long as we’re sharing, it doesn’t have to be the most novel idea if it’s something we’re passionate about.

“If you share your experiences, you’ll begin to appreciate the power of the PLN when other people thank you and tell you how their students were enriched by it.”

Terrell spends a fair amount of time connecting teachers and students around the world. “PLNs are about a conversation. Steven Hargadon said this in a webinar I participated in. And he’s right,” Terrell says. “It’s an open conversation. As long as you are contributing and you are listening, then the conversation continues. Tell someone in a comment on their blog that what they did really helped you and ask them how you can get your students to connect globally the way they did with their students. Connect with people in another part of the world and tell them that you want your students to connect with their culture – can you help me? Asking for help is important — just as we teach our students every day. It opens a conversation. Be willing to listen. Be willing to let the conversation take you where it’s going to take you, because often it takes you to a completely different place than you originally imagined.”

I encourage you to check out the full interview (about 12 minutes) with Terrell, who is an inspiring networker and guide to new ways of learning.