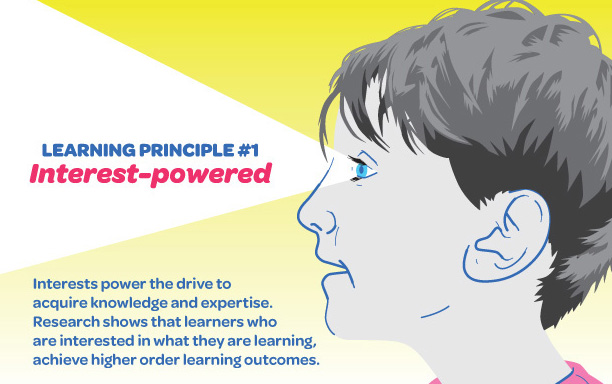 What most educators would call “subjects” or “disciplines,” Jeff Hopkins, principal of the Pacific School of Innovation and Inquiry, regards as “silos” when they restrict the scope of learning and nodes of a knowledge network when they serve as points of interconnection. Rather than teaching, evaluating, and assessing students around distinct subjects, PSII educators guide students in projects that matter to them, which require tying together multiple subjects. Hopkins and his teachers are big on the word “consilience,” which biologist E.O. Wilson popularized as a focus on “the unity of knowledge.” Although this approach may seem vague and general, Hopkins and his colleagues have detailed exactly how they facilitate learning through innovation and inquiry with their students.

Hopkins recognizes that his work with an independent school is leaping ahead of what traditional schools in Canada are ready to adopt, but he believes in what he calls a “split-screen approach” that reminded me of Doug Engelbart’s notion of “high performance teams” that shoot ahead of the rest of their institution, but blaze trails that others can follow. While only a handful of schools could implement quickly the kind of radical curriculum experiments that PSII is pioneering, other schools could move in that direction at their own pace, using the “acceleration group” of schools as their prototype.

The PSII website illustrates for prospective students the differences between traditional and PSII curricula: where traditional schools cover subjects, PSII uncovers them. Curriculum is built on learners’ personal interests in close relationship with teachers who aim to nudge more than assign. Personal learning paths for each student are co-created between learners and teachers; “learning is based in valued human attributes, then competencies, then personal and universal learning goals.” Instead of grouping learners by age/grade levels, they are grouped in whatever configurations make sense — sometimes by similarity, sometimes by difference, sometimes by interest. “Learners are encouraged to develop real projects, based on their own inquiries.” Online networks and forums are employed when appropriate, in addition to face-to-face learning. “Personal health plans” replace traditional PE.

PSII’s aspirations, methodology, and student work may seem radical and perhaps unworkable to teachers and administrators working within traditional institutional frameworks, but Hopkins, and the pedagogy illustrated on PSII’s website, make learning communities based on “innovation and inquiry” seem possible. Watch and listen to Hopkins in this brief video conversation and ask yourself whether this principal might be able to pull off an idealized curriculum that others might see as improbable if not impossible in their own setting. If not the whole package, are there elements that could be adopted?